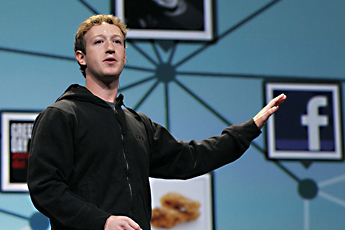 First in an occasional series looking at career lessons you can learn from tech icons.

He’s the world’s second youngest billionaire, turning 27 this past May. (The youngest — by eight days — is Facebook co-founder Dustin Moskovitz.) He was portrayed in The Social Network (unfairly, some argue) as being socially awkward to the point that he displayed signs of autism. And he’s been the subject of repeated lawsuits, most notably by a pair of twins who claim he stole their idea — all the way up to the Supreme Court.

You might or might not “like” the man or even Facebook itself, with its ever-changing layout and questionable privacy practices. But it’s pretty hard to argue with a site that has nearly 700 million users worldwide and is still growing fast. Here, five business lessons every IT executive can learn from Mark Zuckerberg’s spectacular success:

Love What You Do

“I’d never met anyone who would walk away from a billion dollars,” said Terry Semel, who, as CEO of Yahoo!, offered Zuckerberg that sum for the company he’d built. Zuckerberg refused, explaining it wasn’t about the money.

Indeed not. Even today, “Zuck,” as his friends and colleagues call him, can often be found writing code on weekends and holidays. It takes grueling, hard work to be a success — especially in the tech world, where long hours are the norm for pretty much everyone. If you don’t love the work, you’ll be torturing yourself to get there.

Through multiple lawsuits, angry accusations that he disregards users’ privacy, even a hugely unflattering movie, Zuckerberg has remained relentlessly focused on managing and improving Facebook, as demonstrated by the company’s continuous and growing success. His perseverance shows how important it is to keep your head in the game.

Be Willing to Change

“Every time Zuck looks at a product, it’s as if he does so with fresh eyes. He isn’t burdened by what other products are like or what the existing product is like,” wrote Facebook engineer Andrew Bosworth in a primer for new employees that Facebook later posted for the public at large. “He doesn’t care what he said yesterday, even if he was presented with the same product.” This willingness to be flexible has likely come into play when Facebook was forced to make changes after encountering controversy over its privacy policies.

MySpace is facing its second round of dramatic layoffs in less than a year and will wind up reducing its staff by much more than half. So it seems like a good moment to consider what Facebook did right and MySpace did wrong.

“MySpace, as the No. 1 social network site, was not very easy to use,” notes Brandon Wade, founder of the websites SeekingArrangement.com and WhatsYourPrice.com. “Facebook is simpler, which makes it easier to use and faster to load. It has a simpler, better design.”

By the way, if you’ve ever wondered why Facebook uses blue for nearly everything, the reason is that Zuckerberg has red-green color blindness, and blue is one of the colors he sees best.

During the privacy controversies, Zuckerberg broke out in a bad case of “flop sweat” while being video-recorded at a technology conference, an embarrassing moment  that has been viewed more than a million times on YouTube. He’s gotten much better in front of the cameras after that incident, notes Mark Scott, senior vice president of MSL Atlanta, a public relations and marketing agency.

“He likely brought some great communicators in to coach him on his messaging,” says Scott. “For such a high-profile company, a put-together, confident CEO who can get his messages across in the media, in board rooms, at investor conferences, etc., is crucial to success, and Zuckerberg obviously understood that and has made some terrific improvements.”

In fact, Zuckerberg has gotten so relaxed and image-aware that, far from suing or even protesting over his portrayal in The Social Network, he joined its star , Jesse Eisenberg, onstage at “Saturday Night Live.” Eisenberg asked Zuckerberg if he’d seen the film, and what he thought of it.

“It was … interesting,” Zuck responded.