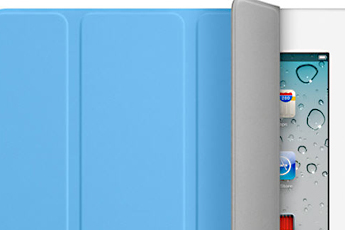 Like many other decision-makers in small to midsized businesses, Matthew Traub, managing director of the New York City-based DKC News public relations agency, finds his tablet computer indispensible for business. It acts as his mobile file cabinet, research assistant and display screen all in one, especially in his meetings with colleagues and clients.

“Where I used to bring stacks of paper just in case I needed documentation — only to inevitably leave behind something I wanted to use — I now have it all in one place,” says Traub.

That place is, of course, his iPad 2. Here’s why you should consider investing in one for your business too.

The Business Benefits of an iPad 2

The iPad 2 boasts a thinner, lighter design, and a new dual-core processor that’s twice as fast as that of the original iPad. For businesses, this means less waiting (time is money) and increased portability. The following features can also come in handy:

Dual Cams. For small businesses that do a lot of video conferencing, the iPad 2’s dual camera is likely the most significant advantage. It lets your clients see both you and anything else you need to show from the rear-facing camera.

“I think the iPad 2 can be a good business tool,” says Ken Dulaney, vice president of mobile computing at the Gartner research and consulting group, based in Stamford, Conn., “especially for those vertical markets where people are standing or walking.” This includes real estate agents, insurance adjustors, construction foremen and the like. And virtually all industries could take advantage of live video calls via the front-facing camera

Smart Touch Screen. The touch screen interface of the iPad 2 is fast and efficient, so you can instantly access information. “This allows me to be better-informed and better-prepared, even between meetings, so I can stay fully connected,” says Traub.

A Gazillion Apps: From Flipboard , an instapaper with articles from various sources arranged into a virtual newspaper layout, to Penultimate , which transforms the iPad into a real notepad where you can scribble in your own handwriting, you’ll find many apps that help you increase productivity.

Data Security: According to Tim Bajarin — president of Creative Strategies Inc., a consultancy in Campbell, Calif. — security is always the most important issue for a business to consider when it adopts new technologies. But whether the iPad 2 is more secure than other tablets is “somewhat debatable,” says Bajarin.

When it comes to Web browsing and apps, the level of security changes based on who provides the app. “If it’s a Wells Fargo app, it would have the same level of security as online banking because the secure layer is on Wells Fargo’s side,” says Bajarin. As for email, Apple does back major email security standards, such as Microsoft Exchange ActiveSync.

Can the iPad 2 Replace Your Laptop?

An iPad 2 might replace a laptop under some circumstances, but you’re not likely to be able to convert all business functions to the tablet. Office documents, for example, don’t always translate well on the iPad 2 because some animations don’t work, and smart objects or macros get dropped here and there. “You have to make sure the file you’re getting from customers is exactly as they sent it,” says Dulaney.

Still, the iPad 2’s portability and size make it a valuable asset in some business situations. Says Bajarin: “The iPad 2 is the best offering at the moment. It has the best ecosystem for software apps and services. It’s the easiest to purchase, as you simply go to the Apple store or online. And from my experience, it’s still the best-designed tablet out there.