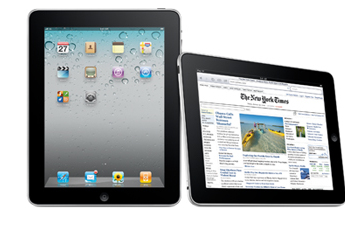 i
Pad appears courtesy of Apple

Aside from a few niches, including publishing, Apple hasn’t been a huge player in the business market. For the past 20 years or so, small businesses have mostly chosen Windows-based PCs over Macs — and Macs are, after all, more expensive.

Although it’s unlikely that any major changes are in store, Apple has opened a new front in the small-business market with the iPad. While many competing players head for the tablet-PC market, the iPad is the dominant player — with a user base of 17 million.

The iPad in Small Business: Benefit

At least some of those users are small-business customers. In keeping with trends of recent years, though, end users in your organization and other small businesses are more likely to employ their iPad for both business and home use. With its keyboard-less form, the iPad isn’t likely to replace an office desktop PC; more likely, it will augment your end users’ desktop PC and fill a role somewhere between a smartphone and a laptop.

Nevertheless, the iPad has its advantages in a business setting. Consider these:

That’s right: In addition to saving paper and dazzling potential clients, the iPad may make employees in your organization more productive.

That said, the iPad, like most mobile devices, presents a bit of risk in a business environment. “The fundamental issue with the iPad is if you’re storing data on it, the system itself is fairly weak at keeping data secure,” says Jack E. Gold, president and principal analyst at J. Gold Associates.

Nevertheless, Gold says that security risks for the iPad are relatively minimal. There is always the danger of losing a mobile device, and there’s the remote possibility users could download viruses through applications. You can take a number of steps to secure data on the iPad, including:

For most IT departments, it’s not a matter of whether you’ll support iPad use. It’s a matter of meeting the demand of end users who want to use it for business purposes. It’s up to IT to make sure that use doesn’t compromise security.