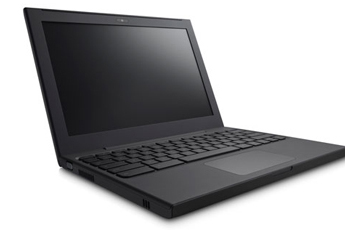 Google’s much-hyped Chrome OS notebook is just a few months away, promising to deliver a lean, minimalist approach to mobile computing. Fast startup time, long battery life thanks to lower power consumption, and a heavy emphasis on cloud computing add up to plenty of interest from businesses of all sizes.

But will this new operating system mean fewer security headaches for you as an IT professional? Yes and no, say technology experts who are familiar with Chrome OS, scheduled to power mobile computers from the likes of Samsung and Acer by the middle of this year. Here’s what you should consider.

Dino A. Dai Zovi, a New York City-based independent security consultant, says he has been playing around with Google’s Chrome OS notebook prototype, dubbed “Cr-48,” for more than a month. Although he thinks it’s an effective tool for Web communication, it likely won’t be his primary computer.

“I don’t see how you’d want Chrome OS as your main computer, because there isn’t support for popular Web apps, such as Skype, and it’s unclear what native clients will run on Chrome OS,” says Dai Zovi. “But Chrome OS could be useful as a secondary device, as a competitor to, say, tablets.”

Although Google OS Chrome notebook files are stored in the cloud, Dai Zovi says that doesn’t translate into bulletproof security. “One big limitation for business is no support for encrypted emails — unless you use a third-party Web-based encryption product,” says Dai Zovi, who has co-authored the books The Art of Software Security Testing and The Mac Hacker’s Handbook.

Consider whether you’re willing to entrust your data to one entity, say the experts. “With Chrome OS, you need to ask yourself if you’re putting too much trust in the hands of Google,” says Bruce Schneier, a security tech consultant and author. “If you’re someone like my mother, who isn’t tech-savvy and is afraid of losing information, sure, you might prefer for someone else to take care of it. But if you’re talking about Citibank corporate accounts, forget it.”

Google’s cloud-based apps provide a uniform standard of security that works great for many people, but Schneier cautions it may not meet your organization’s standards if you need to adhere to policies or regulations. “If you have to ask Google where your data is being stored and if it’s leaving the country, then it’s not for you,” he says.

Weigh the Convenience vs. the Risk of Chrome OS

Your end users are likely to enjoy the convenience of Chrome OS’s cloud-centric approach, says Dai Zovi. After all, you can access files from virtually any online device in the world. You can collaborate and share documents easily, and data is protected from local damage, such as flood or fire or computer theft. However, there may not be adequate layers of protection for your organization’s online data.

“If your data is simply protected by a password and no additional layer of security, that’s simply not enough for many businesses,” says Dai Zovi.

Dai Zovi says Google may be considering expanding its two-step authentication system that is available on Google Apps, where the user receives a text message with a code to type in for access to the application, along with a password. But even a two-step security measure isn’t foolproof, says Dai Zovi, who recalls a recent Firesheep (Firefox extension) vulnerability that led to “sidejacking” attacks among Gmail, Facebook and Twitter users.

As it is, it’s not clear exactly how the system will be embraced. “It’s a new platform, so it’ll take a while to see how this can be a good fit for consumers and businesses,” says Dai Zovi.