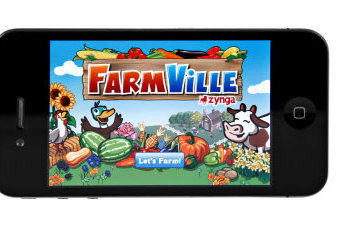 In a year full of wild market-swings and high-flying tech IPOs, the highly anticipated Zynga IPO will likely stand out.

Zynga, of course, is the game-maker that created such wildly popular Facebook games as FarmVille and CityVille, as well as Zynga Poker and Words With Friends. It’s the brainchild of Mark Pincus, who founded the company after starting his career in finance and attending Harvard Business School. He named it after his late beloved bulldog, Zinga.

Observers estimate that Zynga might be worth as much as $15 billion, more than three times as much as LinkedIn. That might seem odd, until you consider Zynga’s incredibly successful business model. The company reported revenues of $850 million for 2010 from a combination of sources that includes sponsorships and the selling of game credits either by credit card within the game or prepaid cards at stores nationwide. With more than 230 million active users, and Facebook’s 700 million members as a built-in customer base, it’s no wonder the markets think Zynga’s future is rosy.

This phenomenal success is not (or not only) a matter of luck, but of carefully applied principles that Pincus likely learned at Harvard and in his business jobs. There are lessons here for any startup or small company in Zynga’s success:

1. Listen to your customers. Then listen some more.

“Zynga’s chief creative officer spoke at a conference I attended, and he told a story about a banner that they wanted people to click,” recalls Vikas Gupta, CEO of TransGaming, a multiplatform gaming company. “There was some discussion about making it green, since green is considered soothing. Others thought people wouldn’t click on green, so finally they decided to do some A-B testing (in which two different versions of a website are offered and users’ responses to each are compared). To everyone’s surprise, the color that got clicked the most was magenta. And so they started using magenta for the banner and for other things as well.”

This kind of detailed research into customer preferences is very powerful, says Gupta. “Zynga is a very data-centric company. They collect data on everything, and they have some very sophisticated analytics capability. We live in an era when if you’re not collecting data, you can’t know what’s going on, and you can’t react to consumer behavior.”

“Zynga’s approach is that games are a service, not a product,” says Bret Terrill, a Focus.com expert on social and mobile games and a social gaming consultant and blogger. Like software-as-a-service that hosts applications in the cloud, allowing developers to tweak them at will without waiting for users to download an update, gaming-as-a-service can be continually improved. “They are much more focused on user metrics and can alter their games accordingly,” says Terrill.

In other words: really, really fast. “They get a game out there as fast as humanly possible,” says Gupta. “They work their people really hard and go through the fastest iteration of a game, and adapt quickly, responding to consumer behavior.” This is why, he says, every time Zynga introduces a new game, it quickly reaches many millions of users.

Zynga’s partnership with Facebook helps the company roll out its products rapidly, he adds. “There’s been a lot of hoopla about the fact that they have an exclusive deal with Facebook, but it’s a very advantageous deal. When they build games, they use Facebook’s social tools to get them out there immediately. They’re not dependent on anyone else to activate or distribute their product.”

4. Turn your customers into salespeople.

Every company wants to do this, of course, but none does it as effectively as Zynga. Anyone who uses Facebook has received a barrage of invitations to help a neighbor or received gifts from Zynga games, often from their dearest family and friends. Of course, Zynga provides incentives, in the form of game credits, to those who issue invitations, but that doesn’t explain why so many people take them up on it.

“Zynga creates games that people enjoy playing,” says Terrill. “Because of that, they can use in-game incentives to motivate players to invite their friends. But keep in mind, in-game incentives only work if players are strongly engaged. The game has to be great.”