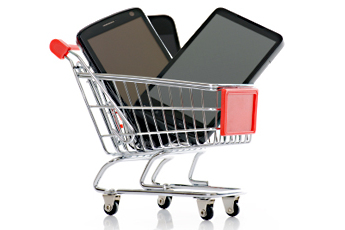 IT professionals, get ready for yet another acronym you’ll need to learn, implement and secure: NFC.

Near-field communication, while not new, is becoming a hot buzzword among tech-savvy consumers and businesses alike. This short-range wireless radio technology can turn a smartphone into a digital wallet, but that’s just one of many potential uses.

Some industry experts predict NFC will be the next big thing. And if it is, you might be the one who has to ensure your company is securely integrating the technology.

What Exactly Is NFC?

Here’s a scenario in the not-too-distant future: A customer walks into your store and swipes his smartphone near the cash register’s terminal to complete a transaction. Then, on a nearby bus shelter, he swipes his smartphone against a movie poster to download the trailer to the upcoming film. Later, he sees a friend on the street, and she tells him about her new job. The two swipe smartphones to exchange up-to-date contact info.

This is the promise of NFC, and with major smartphone platforms like BlackBerry, Android and iPhone onboard, it could soon be a quick and convenient way for your customers to buy goods and services. Note: Apple hasn’t officially confirmed iPhone 5 will have NFCs, but analysts say it’s more than likely.

When Will NFC Go Mainstream?

Many experts agree that NFC is an exciting alternative to QR codes, but a few obstacles must be overcome before the technology can be deployed by the mainstream.

“NFC is the one Holy Grail-like technology most likely to make the long-held promise of the electronic wallet a reality,” says Carmi Levy an independent technology analyst based in London, Ontario. “Companies in all sectors, including retailers, financial services organizations and mobile carriers, are all salivating at the prospect of NFC-enabled smartphones that make paying for something as quick and easy as sending a text message.”

Tim Bajarin, president of the Creative Strategies Inc. tech consultancy in Campbell, Calif., agrees that NFC has a lot of positive buzz — especially among businesses. “There are a lot of uses for NFC — from getting you into doors at the office, which has been around for many years, to commerce, where things really get interesting.”

As with all new forms of wireless connectivity, security is NFC’s Achilles’ heel, says Levy.

“Any time vendors add new ways to seamlessly move data on and off of a mobile device, it’s only a matter of time before hackers and criminals figure out a way to exploit that new capability,” he cautions. “The fact that NFC will be a staple of the next generation of smartphones makes it an even more likely security target.”

NFC’s saving grace might be its relatively short range. The technology works within about 8 inches, so it will be more difficult for criminals to position attacks, explains Levy.

Security isn’t the only challenge that has prevented NFC’s rapid adoption so far. Levy and Bajarin both make mention that the technology lacks a unified standard.

If your business works in retail, you certainly don’t want to be behind the curve when it comes to NFC. Now is the time to educate yourself about potential options. It’s smart to talk to your existing transaction terminal vendor, advises Bajarin. “I’d start by asking your existing credit or debit terminal vendor if they support NFC, and if so, what standards are they backing and what banks are they working with,” says Bajarin.

But even if your business isn’t a retail operation, you’ll have to think about
NFC. Because NFC doesn’t require a PIN code, you’ll need to educate employees about
the need to immediately freeze financial accounts if a smartphone is lost or
stolen. And you’ll need to have a game plan to remotely wipe devices in the
case of vulnerable data.

And as with most emerging technologies, you’re better off planning while NFC is
the next big thing, rather than scrambling when demand hits.