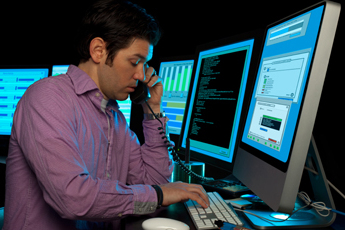 Every industry has its own jargon, but techies seem to gravitate toward indecipherable gobbledygook.

Even if you take acronyms like DRM, LCD, USB and PDA out of the equation, there’s still a lot of obfuscating verbiage in an industry where people “dialogue” instead of talk, and call features “functionality.”

The social media revolution of the last few years has forced many techies to write like human beings. After all, if your blog posts aren’t understandable by the masses, you’ll know by the comments (or lack thereof). But a new federal law is poised to go a long way toward conquering opaque language. The Plain Writing Act of 2010 requires all federal agencies to use plain language in all spoken and written communications, including websites, documents, forms and webcasts.

The Act’s passage was a victory for Annetta Cheek, board chair at the Center for Plain Language, which was behind the push. Cheek says that although the private sector won’t be directly affected by the act, there might be some fallout. “The government always sets the tone,” says Cheek.

If that’s the case, it might be time to take the communication on your websites as seriously as the code supporting it. Doing so might be trickier than you think. Cheek says she has met many brilliant people who can’t write to save their lives. “There are people who are decent but not great writers, who can become better, and there are others who will never be good with words,” she says. “There are some people who are never going to be writers. To those people I say, ‘Hire a writer.’”

If you’re in the first category and still have hope, here are some tips for clearer writing:

The key to clear writing is to never write something you wouldn’t say out loud, says Williams. For instance, even the clearest speaker might send an email saying, “As per your request, I have reserved a room … ,” though they’d never utter those words in real life. Most people don’t write the way they talk because they’re intimidated by the written word. “It’s a fear factor,” she says. “It takes guts to write something clearly.”

For an organization, a shift toward clearer writing is a way of underscoring support for customers. “Many bureaucratic writers, both in the private and the public sector, rarely think about the reader,” says Cheek. “They think about their organization, their boss, reviewers, legal staff, etc. I’ve had people come to me with a document to edit, and when asked, could not even identify the audience. It was just an assignment.”

When you put more thought into writing, then you’re focusing more on your customers’ needs. “In plain language, you can’t begin to write a document until you know about the audience. And you need to put their needs first,” says Cheek. “That, in fact, is a major culture change for many writers.”