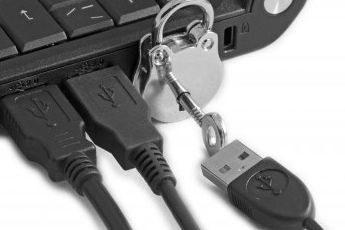 You can find them in pockets, purses and on key chains. They’re on lanyards and in pens, built into some jewelry and even found alongside scissors and nail files in Swiss army knives. Teeny USB thumb drives are ubiquitous: In fact, Gartner estimates more than 222 million were sold in 2009 alone. Could such a tiny gadget bring big risks to your organization?

Your Data at Risk

For example, disgruntled employees can easily make off with sensitive company information on a USB drive. “The threat is not new, but the problem is exacerbated by tiny and cheap USB drives,” says Leslie Fiering, research vice president at Gartner in San Jose, Calif. “The moment we had removable storage media — going back to floppy disk drives — there have been stories of janitors going onto computers after hours and downloading major amounts of information.” Employees who plan on quitting a company — or perhaps those expecting a pink slip — can also easily copy over customer or client databases, emails, calendar appointments and contact lists in a matter of seconds, and then take this digital info with them to a competitor.

Increasingly, USB drives can also carry harmful malware, say security experts. USB keys can be used to install viruses or to serve as boot drives to erase data — even unintentionally. An employee who uses a USB drive on a personal computer at home could carry malware back to a work computer without his or her knowledge.

USB Security: What You Can Do

You should take several precautions to minimize the risk of data theft or malware attacks via USB drives. Consider the following:

Fiering and Santorelli note that these risks are not limited to USB drives. Santorelli calls it an “erosion of the traditional network perimeter” because of the prevalence of mobile devices and the convergence of personal and work technology. “This is a problem that’s not going away any time soon,” says Fiering. With the right security measures, however, companies can ensure the security of their data, despite today’s increased risks.