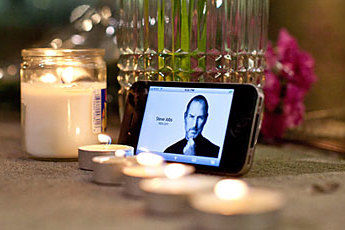 Imagine you’re the most famous and most successful entrepreneur in the world.

You’ve introduced iconic products again and again. You’ve completely changed how people work, keep in touch and listen to music, and even how movies are made. You’ve built a company that briefly edged out Exxon to become the most valuable business in the world.

What can you do for an encore? Carefully plan for the day when you will no longer be running the business, so that it can perform just as well without you.

That’s what Steve Jobs did, according to industry observers and executives who’ve worked with him. Specifically, here are the four keys he followed to help set up Apple for success, no matter who’s leading it.

“One of Steve’s magical abilities was finding the right talent,” notes software entrepreneur Jay Elliot, a former senior vice president of operations at Apple and the author of The Steve Jobs Way: iLeadership for a New Generation. “I think new Apple CEO Tim Cook is a very efficient executive. He’s learned about the Apple culture and how it operates and what it is to be an entrepreneur in a large corporation.” Cook also worked closely with Jobs for years before his departure, and even had some practice periods as interim CEO when Jobs was too ill for the job. For these reasons, he should be very well-prepared to take over as Apple CEO.

Elliot also notes that in Apple’s development cycle, there are always two to three years’ worth of products in the pipeline at any one time, which means the company should have two to three years’ worth of designs that Jobs worked on and that are on their way to release, even though Jobs himself is now gone. This should help with the transition, after which the company is on its own.

More important than passing along the products themselves, however, is the culture of Apple, which Elliot describes as “built on entrepreneurship, on being open — not political — and on small teams organized to make things happen.”

“Jobs was an entrepreneur, and he was fearless,” adds Arthur Wylie, an entrepreneur and the author of Only the Crazy and Fearless Win BIG! The Surprising Secrets to Success in Business and in Life. “He went out there after being fired from Apple and bought Pixar, a whole new company in the film industry, which he knew nothing about. And he sank a lot of money into it too.” That fearlessness is reflected in Jobs’ often-quoted dictum: “It’s more fun to be a pirate than to join the navy.”

“Cultures evolve — they always do — but I think one of the keys for Apple is to take a measured approach to how its culture evolves,” says Jeff Leopold, managing director at Cook Associates Executive Search. “The culture wasn’t Steve Jobs; it was the whole company. It was bigger than him, and it still is. He was the tuning fork for that culture. Now Tim Cook will have to learn to be that tuning fork.”

4. Understand your product … and its users.

Another piece of Apple’s culture is its focus on products that are beautifully designed and extremely simple to use. “To have his insight, you have to be the world’s greatest user yourself,” notes Elliot.

And that kind of vision pays off. “One interesting point about Steve’s death was the amazing reaction the world had to it,” he says. “It may never happen again that customers of a company, when the founder dies, go to its stores and leave flowers and notes. I challenge CEOs to think about how they could create that kind of appreciation for their own products.”

So, will Apple stay the same now that Steve Jobs is gone? Probably not. But his efforts have certainly left Apple poised for success, which we’ll watch unfold in the years to come.